Free standard delivery on orders over £50

Feta, the most popular Greek cheese

Feta cheese is one of the most popular Greek cheeses and with good reason. It’s creamy, tangy, full-flavoured known best as a table cheese but its versatility and unique character has made it a cheese lovers’ favourite. You can crumble feta on warm and cold salads, make traditional Spanakopita or filo pastry pies,  but it is equally wonderful when sizzled and baked giving dishes a very special touch.  And of course, baked feta can be stirred through pasta for a delicious creamy dish, as we’ve all recently seen on TikTok!

Such a unique cheese deserves special treatment. Greek feta cheese has a protected designation of origin (PDO) to ensure this unique product maintains its flavour owed to production methods that have been honed on the mountainous regions of Greece following a very long tradition. Our feta cheese comes from the region of Thessaly, in central Greece. Below you can find more information on how our feta cheese is produced.

Greece in general and the mountainous regions in particular are ecologically rich and diverse.  According to the Greek Ministry for the Environment, there are over 5,500 different recorded species of flora in Greece, about a 1,000 of those species are endemic to the land and over 700 of those may be found only in Greece.

That’s what the sheep and goats are eating, and it comes through in their milk.

This biodiversity was one of the central factors leading the  EU granting PDO status to Feta. In the opinion of the Commission, biodiversity coupled with the special breeds of sheep and goats used for milk gave Feta a specific aroma and flavour, unique to the Greek terroir.

What type of milk is authentic feta made with?

Feta cheese is made from either sheep milk or a combination of sheep and goats’ milk (maximum 30% goat’s milk). The breeds used to produce feta have adapted to the mountainous terrain of the feta producing regions and feed on the incredibly rich range of flora which grows in these areas. Subsequently there are greater quantities of suitable milk at different times of year. In general the main production of feta takes place from November to June.

Feta was traditionally made with animal rennet but these days producers use commercial rennets that make the feta suitable for vegetarians.

Is feta cheese made with pasteurised milk?

Traditionally feta was made with unpasteurised milk however industrial diaries now must use pasteurised milk due to concerns over public health and export regulations. The milk is pasteurised at a minimum of 71.1ºC for fifteen seconds or any equivalent time-temperature combination. The use of pasteurised milk necessitates the use of lactic acid starter cultures and calcium chloride to help achieve the right taste profile. These are added after pasteurisation as the milk is being held at 33-34ºC. These are the only additives allowed in feta production.

STRAINING THE CURDS  After coagulation the curds are diced up and left in the whey for ten minutes. Following this they are moved into cylindrical or rectangular moulds which have a series of small holes designed to facilitate draining. The filled moulds are stored at 16-18ºC for 18-24 hours and turned periodically to ensure even drainage occurs and that all the curds are subject to equal amounts of pressure. 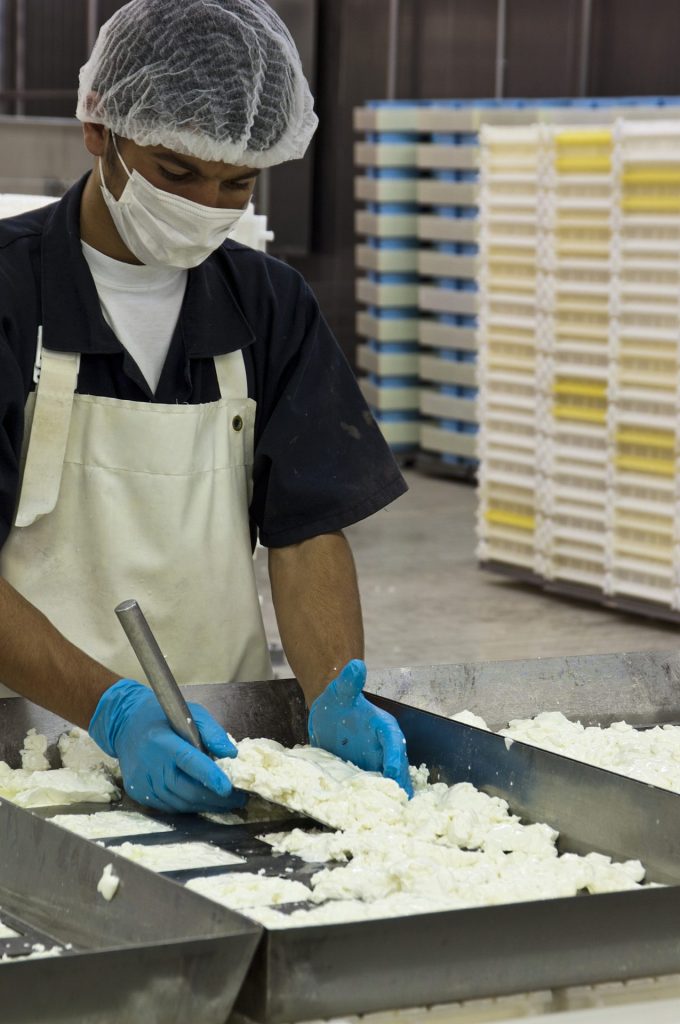 SALTING After drainage the cheese is taken from the moulds and placed in wooden barrels or metal containers for 2-3 days. Between each layer of cheese coarse grain salt is sprinkled over the cheese. This is essential to ensuring the distinctive taste of the cheese which, as a final product, contains approximately 3% salt. 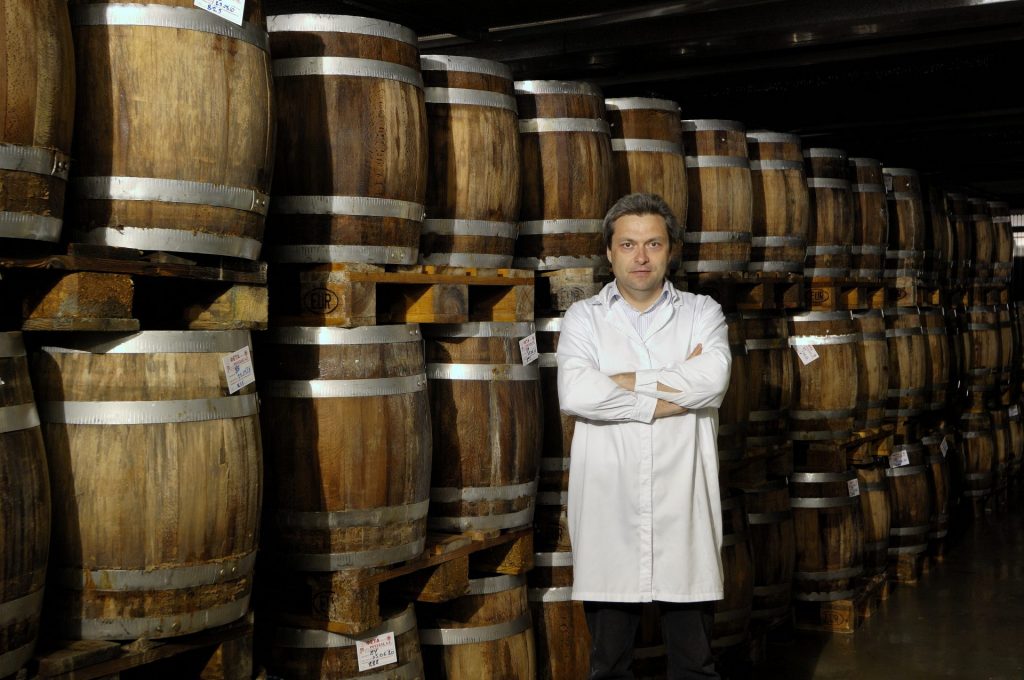 MATURATION Once the cheese has been salted it is matured for 14-20 days in brine. This part of the process takes place in rooms at 16-18ºC with high humidity.  Following which  the feta is kept refrigerated in its brine at 1-4ºC and at least 85% humidity for a further two months.

Feta must be matured for at least two months in order for it to develop its unique taste. Both the salting and maturation process can take place in metal containers or wooden barrels however barrel aged feta has a vastly superior taste and is a fundamentally more authentic product. Rather than being left to soak in brine for two months the feta is tightly packed into beech wood barrels where it matures in its own juices. During this time it develops a more intense, slightly spicy flavour and adopts the flavour characteristics of the beech barrel. After this maturation process is complete, the barrel aged feta is best stored in brine to maintain its deliciously creamy texture.

“A summer ladero (olive oil-based) classic, this dish is traditionally cooked with all the ingredients thrown together into the pan. In this, my interpretation, the beans are blanched and thrown into ice-cold water to retain their vibrant green colour, and…
Read Blog Post

Feta has become a regular add-on to salads making its way to the ingredients’ list of most recipes but there are so many other ways to cook and enjoy the popular Greek cheese. Try baking a whole block of feta …
Read Blog Post

This is our favourite recipe for the classic Shakshuka featuring Odysea’s heirloom tomatoes and roasted red peppers. A simple combination of gently spiced tomato sauce and lightly poached eggs topped with crumbled feta, traditionally served as a healthy breakfast but…
Read Blog Post