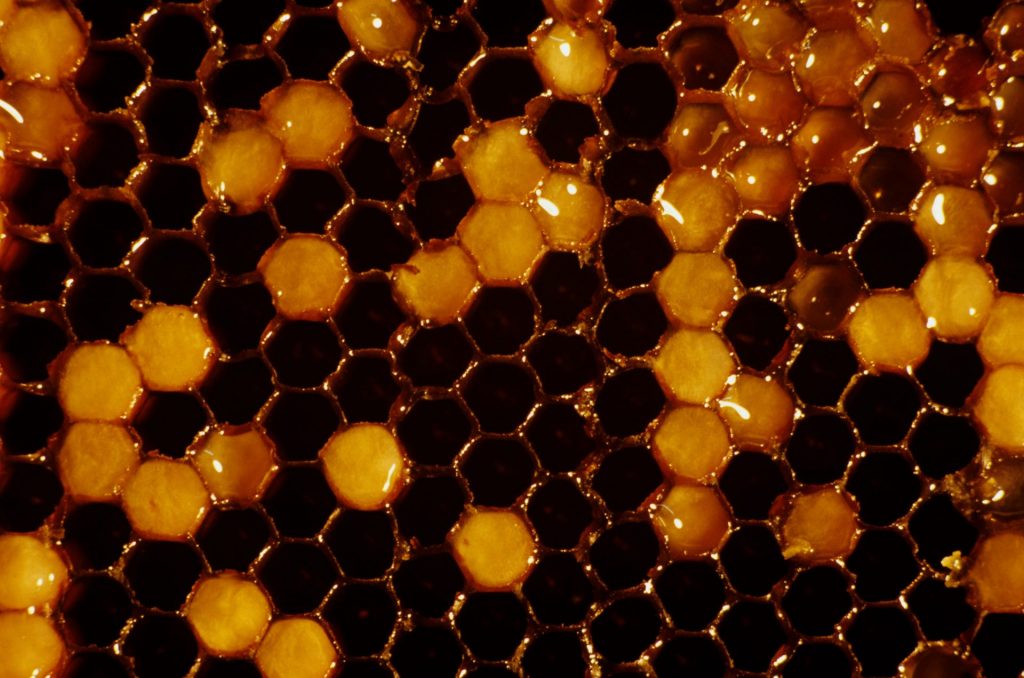 Honey is primarily composed of fructose, glucose and water. It also contains other sugars as well as traces of enzymes, minerals, vitamins and amino acids.
The composition of honey depends greatly on where the bees collect their raw materials. There are two key sources; bees can collect nectar from flowers, which generates nectar honeys. Or, they collect the sweet secretions of aphids and other insects feeding on plant sap, called honeydew, which creates honeydew honeys.

Naturally occurring antioxidants are important ingredients of many foods. Research shows that consuming more anti-oxidant rich foods may help protect against cellular damage. Honey is one source of antioxidants.

The colour and flavor of honey depends on the source visited by the bees. The colour of honey ranges from nearly colourless to dark brown, while flavors vary from delectably mild to distinctively bold. Generally, lighter colored honey has a milder taste than dark colored honey, which is stronger in flavor. 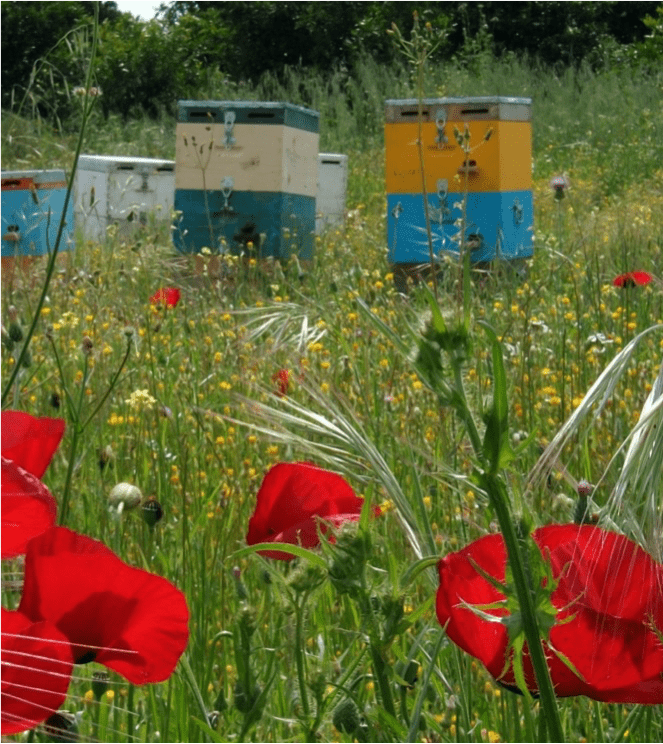 Why is Greek honey special?

Greece has more beehives per acre than any other country in Europe and Greek honey is considered to be some of the finest honey in the world. This is largely due to the rich variety of Greek flora and unlimited summer sun. The biodiversity of the Greek countryside means that there are multiple types of Greek honey, each with its own particular properties and flavours.

In Greece the majority of honey produced comes from honeydew, which the bees collect from Pine and Fir trees, with the rest coming from flower nectar.

Greek un-mixed floral varieties of honey come from plants such as thyme, orange blossom, heather and chestnut, with thyme honey being unique to Greece. While mixed flower varieties usually come from aromatic plants such as oregano, wild herbs and lavender. 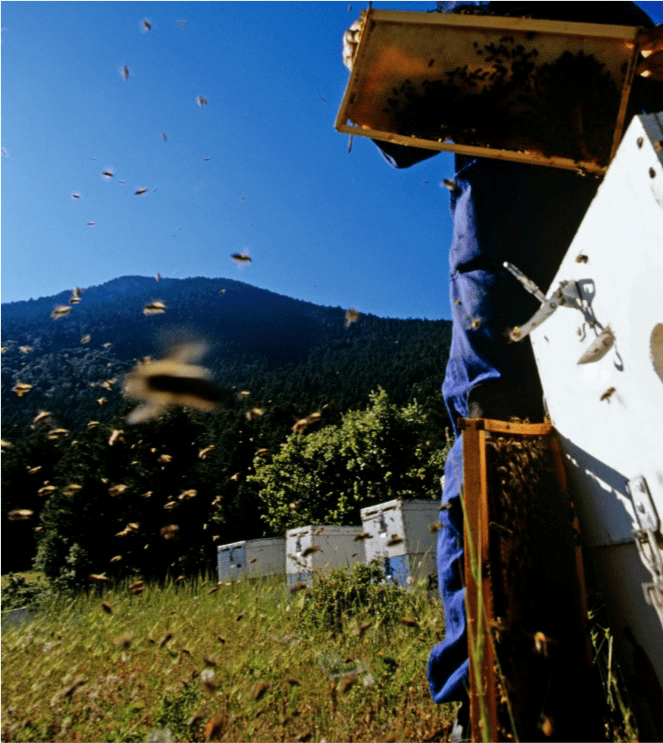 Apiculture, the practice of bee keeping, dates back to at least 6000bc. Honey has been valued by the Greeks since ancient times, both as a food and medicinal source. There are innumerable references to honey throughout ancient Greek history with references for more than 40 ancient names for honey container types. Hippocrates wrote “Honey and pollen cause warmth, clean sores and ulcers, soften hard ulcers of lips, heal carbuncles and running sores.” And Aristotle believed that honey prolonged life. Greek mythology tells us that Nectar was the food of the gods in Olympus and that Zeus was raised on honey. Honey was the first sweetener used by the Greeks in their diet, and, along with the olive and grape formed the beginning of Greek gastronomy.

Other uses for honey

Honey contains anti-bacterial, anti-viral and anti-fungal substances. Honey has been used for centuries as a treatment for sore throats and coughs, and according to recent research may in fact be more effective than some over-the-counter medicines. Mixed with lemon juice and consumed slowly, honey coats the throat, alleviating discomfort. Honey can also be used as an effective anti-microbial agent to treat minor burns, cuts and other bacterial infections.

How to choose a good honey?

Whenever possible always choose a RAW honey, this will be a guarantee that the honey hasn’t been heat treated, blended or overly filtered and will be as pure as possible.  Raw honey will have more flavour and beneficial properties

…Honey is the only food that does not spoil. Honey discovered in the tombs of Egyptian pharaohs was tasted by archaeologists and found to be still edible.

…In some parts of Greece, it was traditional for a bride to dip her fingers in honey and make the sign of the cross before entering her new home. This was meant to ensure sweetness in her married life, especially in her relationship with her mother-in-law.

The Secret Ingredient to Good Produce

When a producer serenades their goats with classical music or painstakingly transports their beehives by boat, you can really taste their passion and dedication in the end product: That’s the real secret ingredient. Our founder Panos Manuelides is just as…
Read Blog Post

We are back from holidays, schools have opened their doors and we cannot think of anything better for a fresh start to the day than smoothies: colourful, nutritious breakfast smoothies! Breakfast is the most important meal of the day and…
Read Blog Post

“A crunchy, scented crust protects a soft, honey-soaked sponge in this beautiful loaf. Dukkah is a nutty Egyptian spice mix usually consisting of a variety of herbs, nuts and seeds. The sweeter version used here is a heady blend of…
Read Blog Post