6 Greek cheeses you’ve never heard of (but should!) 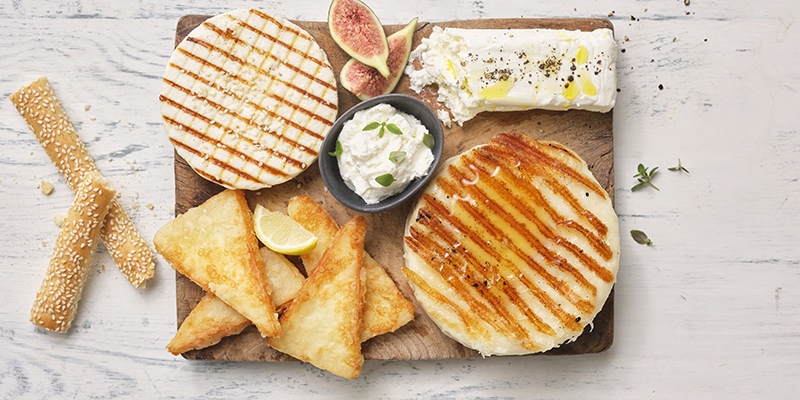 You’ve sprinkled feta in your Greek salad and grilled halloumi on the BBQ, but there’s so much more to Greek cheese than that.

Cheese is an intrinsic part of Greek culture, which means you’ll find something cheesy on the menu for breakfast, lunch, dinner, and even dessert. Greeks consume more cheese per person than the French, and 21 Greek cheeses have been awarded the European Union’s Protected Denomination of Origin (PDO) which means – like Champagne – only cheeses produced in specific geographic areas can carry their name. In fact, cheese is so fundamental to Greek culture that the Italian formaggio and French fromage originate from the Greek word formos for the wicker baskets used to drain cheese curd in antiquity.

Feta and halloumi can dominate the Greek cheeseboard, but if you want to delve into the real world of Greek cheese, here’s six of our favourites to get you started…

Saganaki isn’t one cheese, it’s the Greek word for cheese that’s been pan-fried in a small saganaki pan; so you can actually make ‘saganaki’ with any cheese including Mastelo, Graviera or halloumi. Our chosen saganaki cheese is Kefalotyri, which has a high melting point for that essential crisp outside and gooey inside. A hard, salty white cheese that’s usually aged for a year, Kefalotyri has a similar taste to Pecorino cheese but it’s just a little bit more tangy.

How to use Kefalotyri cheese: We love Kefalotyri dipped in flour and egg, fried until golden and served with fruit and honey like this saganaki recipe from Greek chef Maria Elia, or serve fried with potato gnocchi and sage. It’s also firm enough to grate over pasta, green salads and pizza. 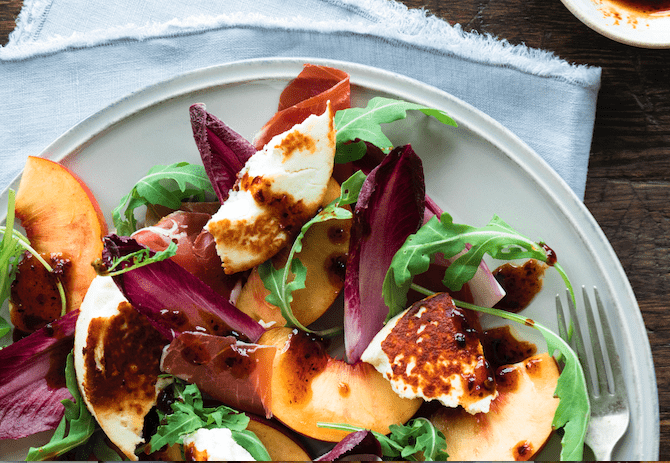 Supremely versatile, you can slice Manouri and serve it with tomatoes, griddle or grill it, and even drizzle it with honey for dessert. Usually sold in logs or large rounds, the velvety, buttery texture cuts like cheesecake and tastes just as decadent. Made with whey leftover from feta production and pasteurised sheep and goat’s milk cream, real PDO Manouri cheese only comes from Thessalia or Central and Western Macedonia.

How to use Manouri: Sesame coated Manouri sticks make an addictive meze or starter, or griddle it and serve with a big green salad or balsamic sauteed mushrooms.

Imagine if cream cheese had some character, and you might get close to this smooth and tangy spreadable cheese. An uncomplicated combination of PDO Feta with Greek yoghurt, this spread is the go-to meze ingredient that can be whipped into a dip, dolloped in salad or just spread on toast as an easy snack. Yoghurt takes the savoury edge off the feta and evens out the texture, which makes it a multipurpose fridge essential.

How to use feta and Greek yoghurt spread: We make a quick tirokafteri spiced dip by swirling through with olive oil and chilli, or spread on toast and drizzle with extra virgin olive oil and some fresh herbs for a Greek-style breakfast.

A creamy white cow’s milk cheese that’s produced exclusively on the island of Chios, Mastelo is a round, semi-hard cheese that makes an 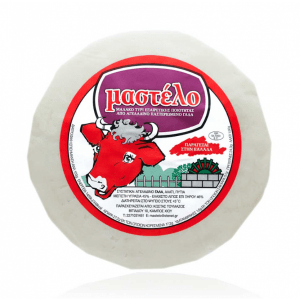 impressive centerpiece. Similar to halloumi – although it’s creamier and less squeaky and salty – Mastelo can also be made from sheep’s milk, which has a slightly more yellow colour and elastic texture.

How to use Mastelo cheese: Mastelo has a high melting point like saganaki, so it’s robust enough to grill, bake, or fry whole or in slices. You don’t need to add any oil – in fact dry-frying creates an irresistible golden crust and leaves the inside soft and squishy, ready to be drizzled in honey. 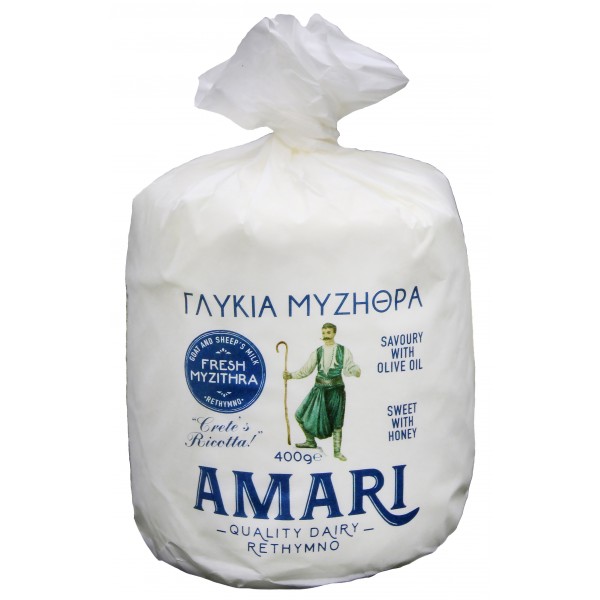 Myzithra can be soft, creamy and slightly crumbly like fresh ricotta, or salt-aged like a hard ricotta salata. It’s made with milk and whey leftover from producing other hard cheeses, and it’s one of the most traditional Cretan cheeses. Our Amari Savoury Myzithra is made with goat and sheep’s milk in the village of Amari in central Crete, where the rich flora gives the cheese its unique savoury taste.

How to use Myzithra cheese: Fresh Myzithra is versatile enough for sweet and savoury dishes. We use Myzithra instead of feta in a salad, swap it for Manouri in this Greek cheesecake, or bake it into dainty cheese pastries. 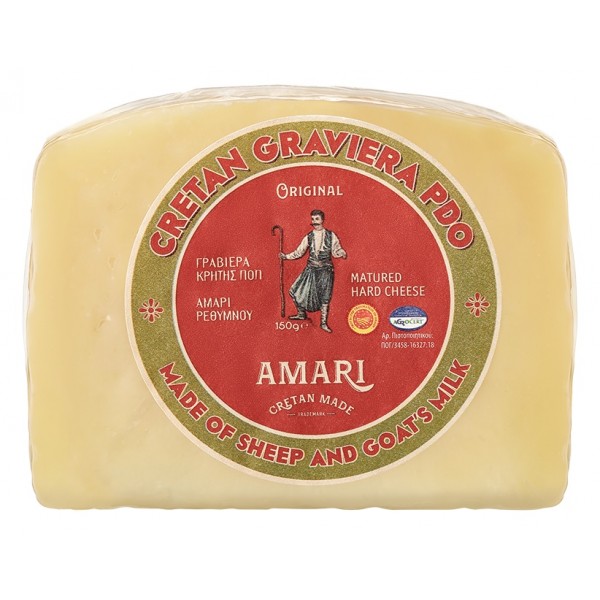 Our PDO Graviera is made with pasturised sheep and goat’s milk in Amari on the island of Crete. It’s an aged, hard cheese with a sweet and buttery taste that’s similar to Gruyère – in fact, Graviera is even believed to be a corruption of the Swiss word, Gruyère. It’s almost as popular as feta in Crete, but still relatively unknown beyond the islands.

How to use Graviera cheese: We simply slice it and serve on a cheeseboard, fry it up as saganaki, or grate it into pasta for a quick dinner.

Share your Greek cheeseboards with us on social media by tagging @Odysea_Ltd and using #feedingconversation. We’d love to see what you’ve been creating!