The Secret Ingredient to Good Produce

When a producer serenades their goats with classical music or painstakingly transports their beehives by boat, you can really taste their passion and dedication in the end product: That’s the real secret ingredient. 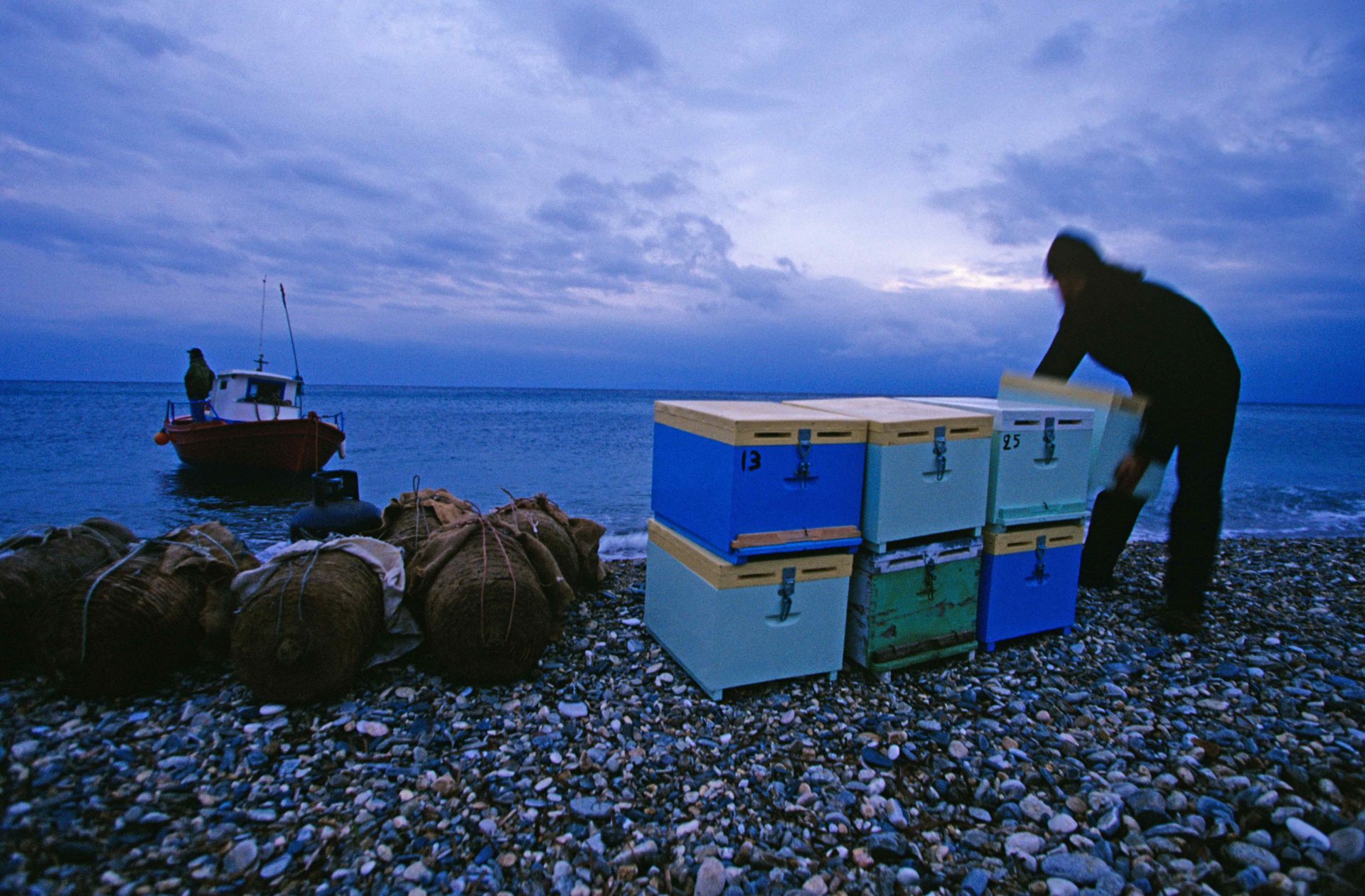 Our founder Panos Manuelides is just as passionate about sourcing and the producers he works with: “Life revolves around the kitchen table in Greece, and we want our products to reflect that. Every product has to have a story or something special about it: we only sell food that we would happily share with our own family.”

We believe in feeding conversation, and here Panos shares some of his favourite producer stories: 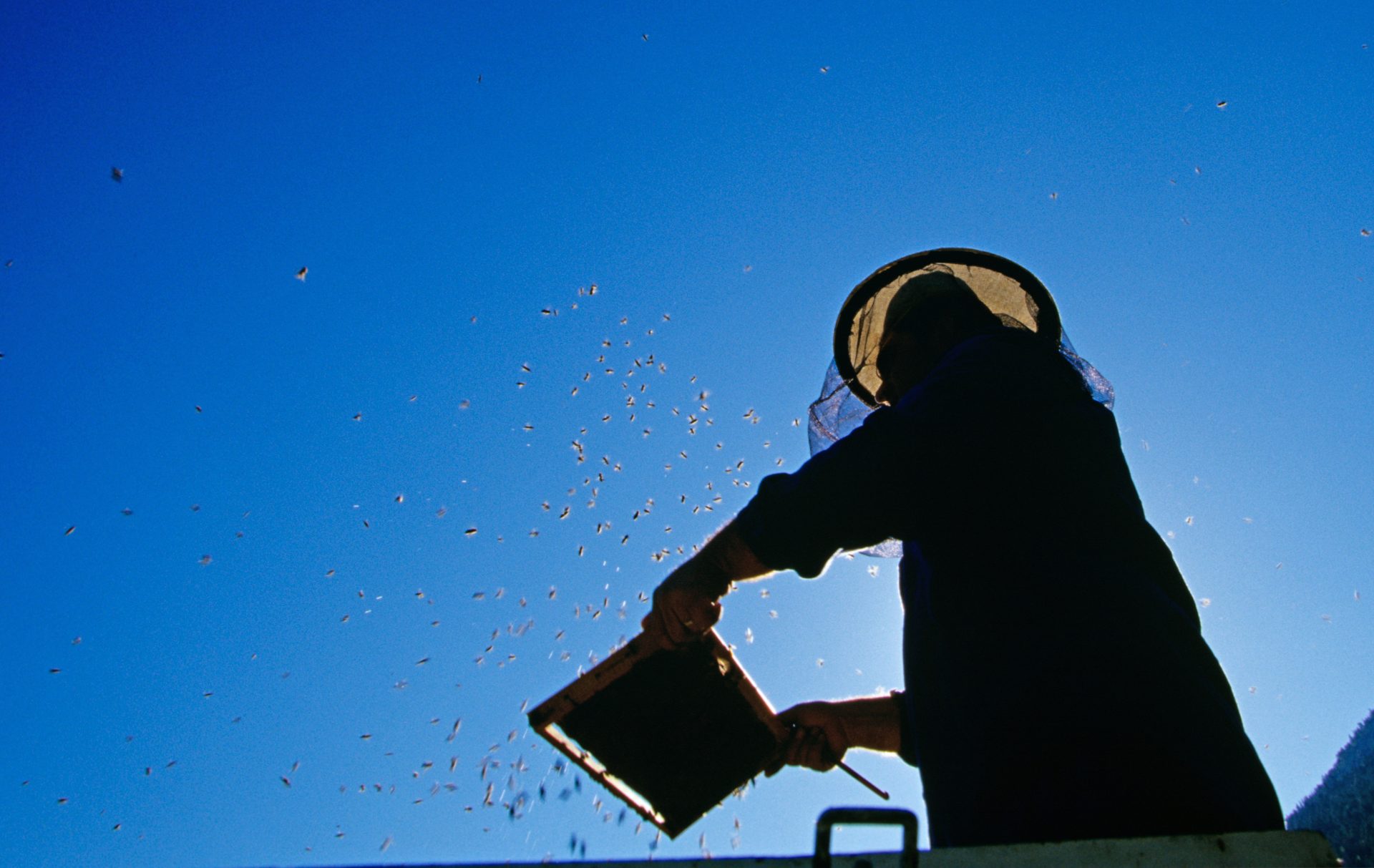 “Alexandros Gousiaris is very pure and very passionate about bees,” explains Panos. “This is his life.” Greece is famous for its pine honey and thyme honey which are unique to Aegean Basin, but we wanted to introduce honey

as it is straight from the beehive, so we developed raw pine and thyme honey with Alexandros, which is the purest honey imaginable. “This year we might have a certain raw honey, and next year we might not,” says Panos. “But we believe that you shouldn’t push nature. We only sell exactly what nature provides, and what the bees bring us.” This can make stocking large stores difficult, but we’re currently working with Sainsbury’s to run a line of limited-edition raw honeys which will change with the seasons.

Alexandros lives in the village of Ilias in central Greece with only 30 other people, many of whom help with the honey making process. He transports the bees around the local area depending where the good weather and best blossoms are – this might involve a long car journey, trekking up a mountain, or even transporting the hives by boat. Alex and his neighbours also make our pressed heirloom tomato sauce; they use non-GMO, heritage seeds which can be traced back generations, and handpick and press the tomatoes individually when they reach optimum ripeness.

George Meleneklis knows how to look after his goats: they’re sprayed with cooling water mist in the hot summers and even listen toclassical music to keep them calm! Like local celebrities, they’re free to graze across local pastures in the foothills of mount Menikio from where his dairy cooperative gets its name, and the goats are fed on a special mix of organic, high-protein seeds and greens grown on the land. “Our traditional Greek yoghurt is not what you may know as Greek yoghurt in the UK,” explains Panos. “It hasn’t been strained or thickened, and it’s made with non-homogenised milk – so you get an incredible, set layer on top like clotted cream, and a slightly loser yoghurt underneath. It’s very rich in lactobacillus and other good bacteria.” The yoghurt is made just 24 hours after the milk is collected, so it’s incredibly fresh and nutritious.

Vasilios Roussas is a third-generation feta maker from the ancient Greek Sarakatsani tribe. He chooses the trees for his barrels from the beech forests of Metsovo

Northern Greece and takes them to a Vlach family (Vlachs are the ancient, native Greek population of pastoral Aromanians) who specialise in making barrels for cheese: “Many people say their cheese is ‘barrel-aged’,” explains Panos, “but if it’s a perfect rectangle, then it can’t be – I’ve never seen a rectangular barrel! Barrel-aged feta matures in its own liquid rather than brine, which gives it a tangy taste and unmistakable round shape.” Even though Roussas is now a modern feta producer, and the old equipment from Vasilios’s father and grandfather have been put to one side, Roussas Dairy still doesn’t skip any of the steps of drying, maturing and salting to create PDO feta cheese.

“We find our best producers through recommendations from friends in Greece, or meeting them at food fairs,” says Panos. “In 1996 I went to a food fair with my mother and we tried every single feta cheese there – when we tasted Vasilios Roussas’ cheese my mother said, “That’s it. That’s the one”. And she was right!”

Rovies organic olive grove is one of the last in Greece to still pick olives from their 55,000 trees by hand. The grove is virtually on the seafront, and the fresh salty air and sheltered microclimate means their crop starts earlier on the island of Evia. “I went to school with Nikos Vallis’ family,” reminisces Panos, “and now he now coordinates the Rovies agricultural family cooperative that produces our organic kalamata and green olives. He’s so passionate about his olives’ quality, health benefits, and protecting the environment – he taught me everything I know about olives!” Our olives are produced Greek-style and simply ferment in brine for 9 months, without adding caustic soda to speed up the process. This old-fashioned approach preserves the taste, nutritional quality, and doesn’t waste as much water as mass-produced methods either.

“Our special pita bread has this criss-cross pattern on it, so it doesn’t break when you roll it up into a souvlaki,” explains Panos. “We’ve been working with Elviart Bakery for nearly 30 years, and whilst they’re now a much bigger operation they still make pita to the same traditional recipe.” A family business, originally run by three brothers, Elviart Bakery is now managed by Mario Kaloidas and his family near Athens. Their pita pockets make handy sandwiches or spooning up meze dips, and the circular pitas make quick and easy pizzas or a delicious Greek-style gyros hamburger.

Which was your favourite story? Tell us on social media by tagging @Odysea_Ltd or using #feedingconversation. We’d love to hear!

”Remarkable”, “flawless”, and “a balm for the soul”… these are just some of the compliments Great Taste Award judges showered on our products this year. And they gave us 20 stars to prove it! Our raw honey, molasses, meze ,…
Read Blog Post